SEARCHING FOR THE MONARCHS
Story & photos by Ron Hellstern

Monarchs; the sovereign rulers of the North American butterfly world.  Children collect the caterpillars in jars and bring them to schools to watch the amazing transformation from a tri-striped larva into an amazing “flying-flower” of orange and black.  However, their population has been decreasing at alarming rates.
Deforestation, through illegal logging, in Mexico; and the elimination of native milkweed plants near U.S. agricultural areas, as well as increasing developments, has dropped numbers to dangerous levels.  This reduction prompted the National Wildlife Federation to partner with the U.S. Fish & Wildlife Service National Wildlife Refuge System to coordinate efforts to protect monarch migration across the lower 48 States.
Life for an Eastern Monarch is precarious at best.  If they actually survive the 3,000 mile journey to overwinter in Mexico, they still must withstand occasional violent storms or droughts.  In 2014, the total habitat occupied by monarchs in Mexico was barely over one and a half acres.  And the story for the Western species was just as bleak.  Only a fraction of the high numbers recorded in California in 1998 are reported today.
This raises two questions:  So what?  Or, what can be done?
Monarchs don’t have anything to do with football, the price of gas, your favorite TV show, or what’s on sale in the Mall.  But when you sit down to eat, remember that pollinators are responsible for most of that food, and their extinction would lessen the experience of the wonders of nature for future generations.
What to do?  Plant milkweed and nectar flowers in your gardens.  Sure, it has the “weed” tag in its name.  You worry that it will take over your yard.  Actually, it’s not very easy to grow and needs moist soils to survive, and it is the only plant that Monarchs will use to lay their eggs.  Search the internet for growing tips.  Encourage Eagle Scouts and Service Groups to provide seeds to neighborhoods.
An additional step was taken by the Cache Valley Wildlife Association.  Their goal is to determine the migration routes and wintering destinations of our Utah Monarchs.  Do they fly only to California and, if so, what location?  And how does anyone know they came from Utah?
CVWA members joined with Robert Stroud and have recently marked and released 810 Monarchs with a stripe unique to Cache Valley and Salt Lake City.  Now they await reports from observers along the Pacific Coast.
​
Interesting Facts:
Females, which have a small black dot on their hind wings, can lay about 400 eggs.  Most don’t survive.
They fly about 85 miles per day, but will die in freezing temperatures.
They “taste” flowers with their feet.
It is the fourth generation that migrates before winter to a place they have never been before.
Three generations live only 6 weeks.  The fourth can live over 6 months.
They can fly up to 25mph.
They have been spotted flying at elevations of 11,000 feet 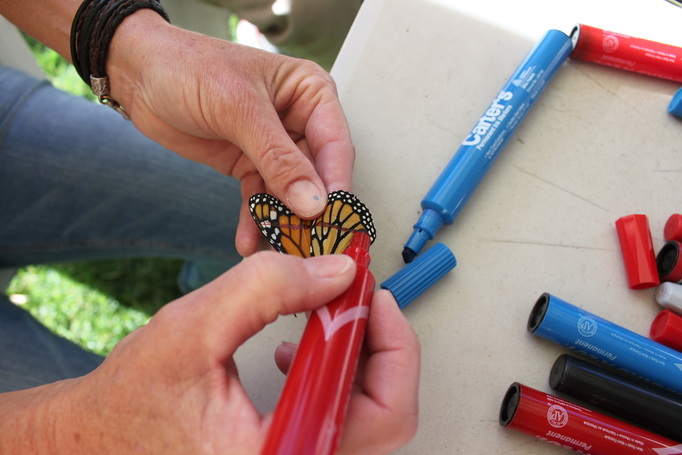 ​Becky Yeager putting the Utah code on a female 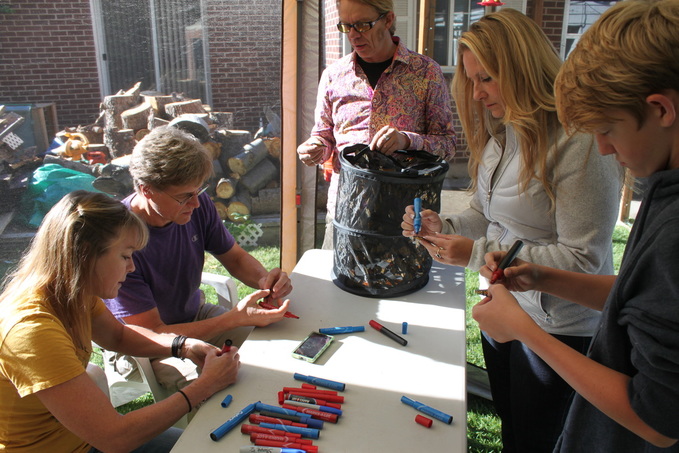 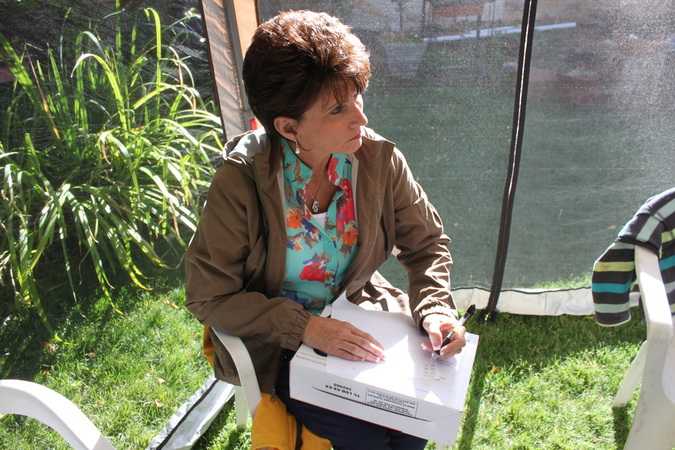 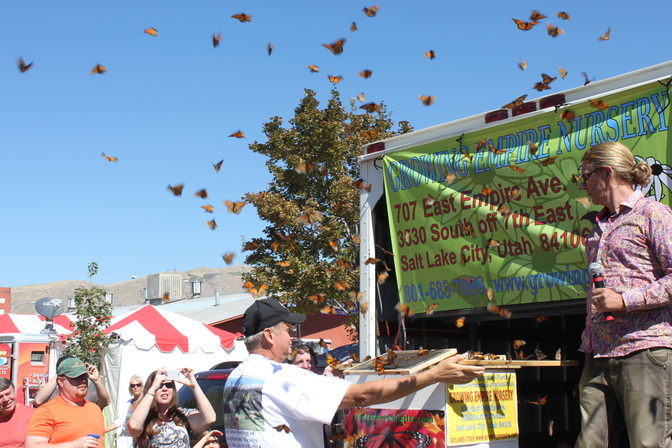 ​April 1, 2015 - Herald Journal Article - click text below to read -
"Life of a social butterfly: The national population of monarch butterflies is in decline and under constant threat"

​Nibley was featured on Fox 13 News! If you missed it, watch here: